Creating a buckle for the chasuble of Sct. Lukas'

Sometimes I get orders which fall outside the usual handcrafted jewellery which is created in my worshop – a task which requires my entire creative spectrum in order to find the most beautiful and elegant solution. I was presented to such an assignment when Bettina Christiansen, the priest at Sct Lukas Church at Frederiksberg, contacted me with a request to create a buckle for the new chasuble which was currently being sewn.

"What's a chasuble?" You might ask. It is the often rather colorful cloak which the minister wears on top of her priestly robe at high mass.

Often the church has several chasubles, which are colorfully adapted to the season or the liturgical calendar. I come from Haderslev in Southern Jutland, where the Danish Queen Margareth, who is an extremely talented artist, designed four different chasubles with matching altar cloths for the cathedral. They are permanently exhibited in the crypt under the altar and I have often admired them there. Therefore, there is also some pride in now being able to say "The Queen and I - Suppliers to the Danish National Church" - Ahem ;-) 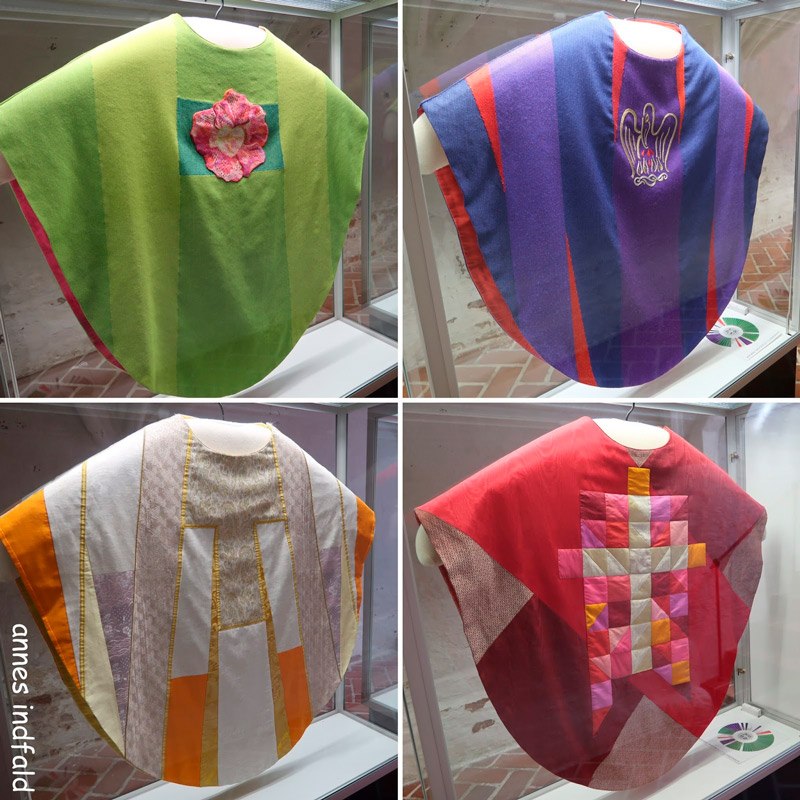 The chasuble which was being created for Sct Lukas has a slightly different design than the normal standard which is closed – basically it consists of a piece of fabric with a hole which is pulled down over the head. At Sct.Lukas, the chasuble is traditionally open in the front and therefore needs a buckle in order to stay closed. Due to the fact that the present priest is female, the buckle was going to be placed on the chest instead of the belly for a good fit and hence it should be a bit smaller than the old one. 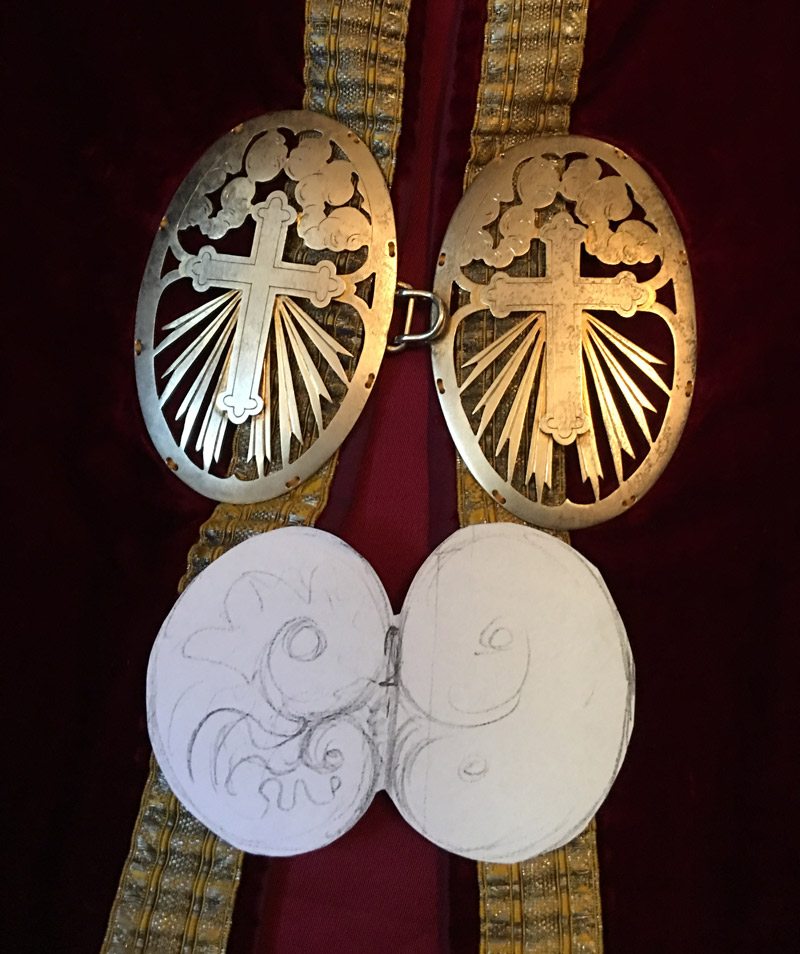 According to the lithurgical calendar, Lent and Advent belong to the period which is dominated by the purple colour and so the new chasuble was being created of violet damask with flower embroideries inspired by decorative details of the church. When I designed the buckle, we chose the same procedure in order to find a motive:

Sct. Lukas is a charming neo-Gothic church built in 1826, where many different styles come together into an appealing whole. This also means that there are many lovely details which can be used for inspiration. But since the two halves of the buckle function best if they together form a closed unit, not any motive was suitable. 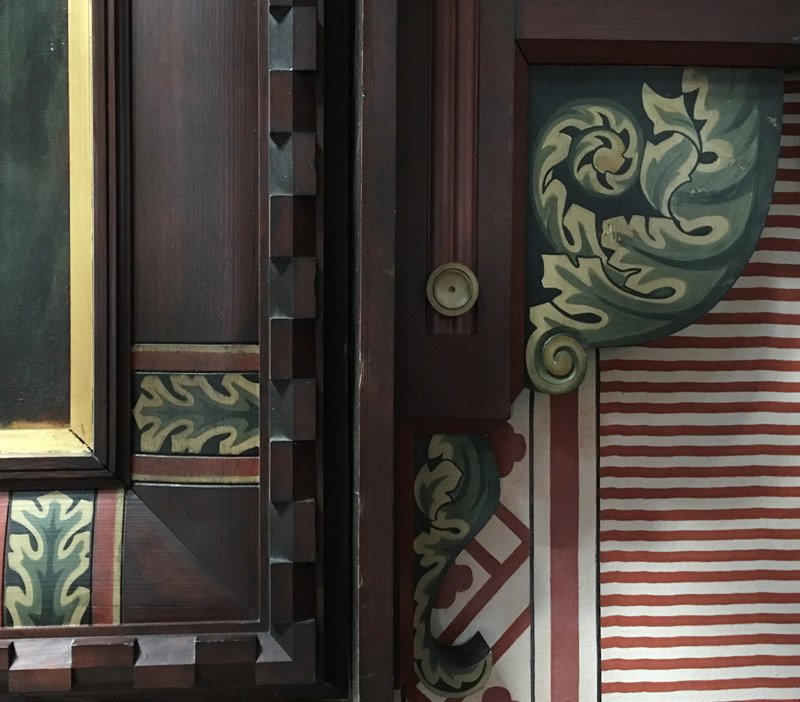 The choice fell on a set of acanthus leaves, which discreetly support the painting that constitutes the actual altarpiece. Acanthus leaves is a well-known design motif which we for the first time encounter in the Corinthian period of ancient Greece (just picture the beautifully decorated tops of columns). 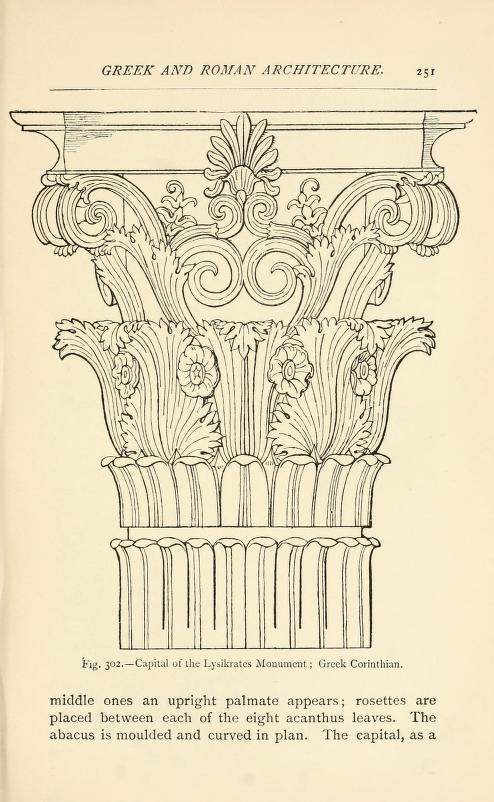 In the Middle Ages they reappear, for instance seen in the very beautiful and colorful illuminations which the monks created in their dark monasteries. 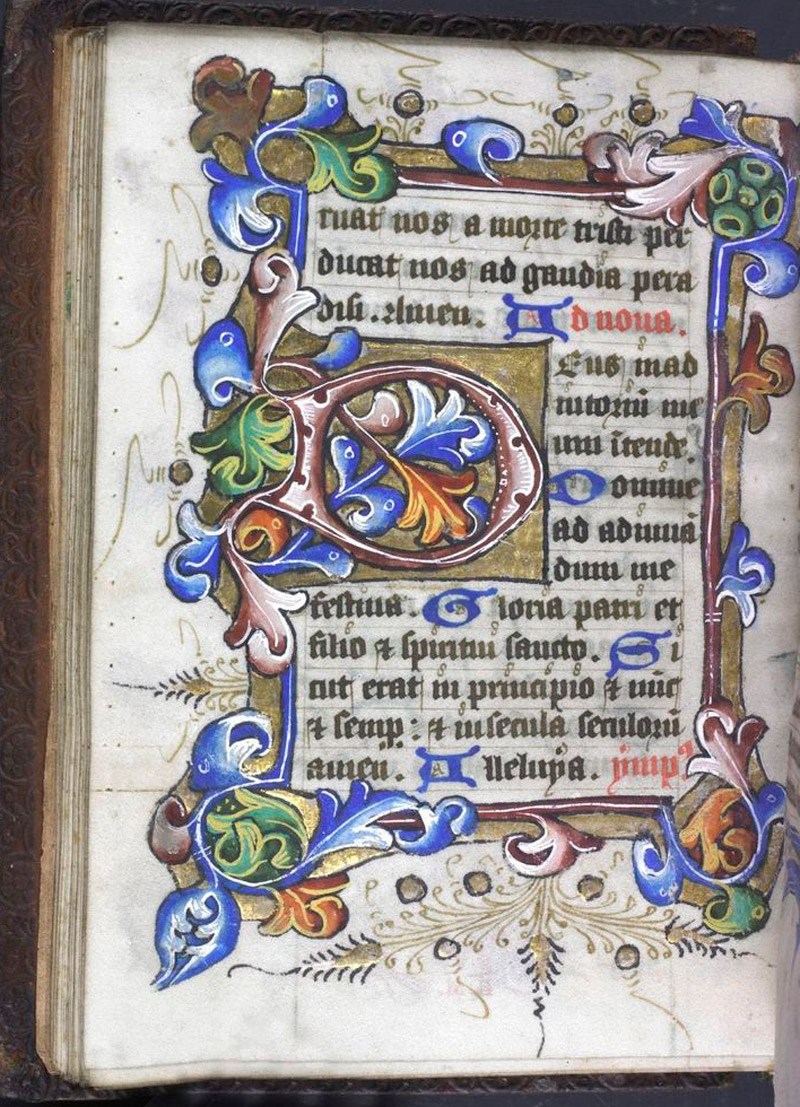 Therefore, it was also an obvious choice when decorating the newly built Sct. Lucas church at Frederiksberg at a time when the Middle Ages were regarded as highly romantic. The beauty of the acanthus leaves is that they (very similar to ferns) sprout from the ground like small tubers, which slowly unroll into slender stems. This somewhat inverted shape bursting with juice holds so much power which is about to unfold into something amazing - quite like an embryo or small child inside a mother's womb also exists in a coiled shape before it is born, unfolds and takes its first breath. 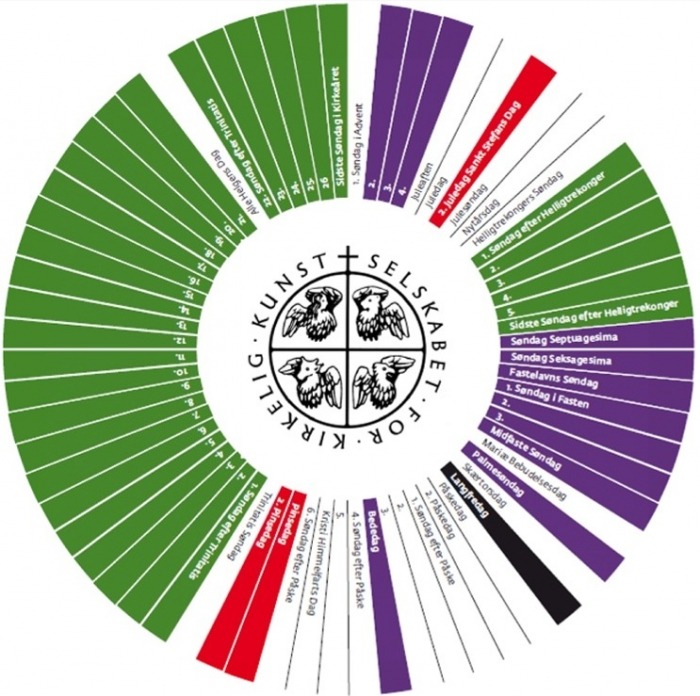 The buckle was made for the chasuble which is being worn at the high masses concerning the more introverted and serious activities, where, among other things, bode ad repentance are the spiritual tasks of the period. Therefore, it also made sense to design a buckle which turns in on itself. After this introspective time man unfolds and is ready to receive the gift of life. The violet period of the church year is often followed by the green one, where growth, spring and hope are on the agenda. Or, as is the case on the day when a celebratory high mass marks the use of the new chasuble: 2nd Sunday of Advent. And no full bloom without the sprout which has previously done its own work!

Creation of the buckle

At the design meeting in my shop we spoke through the different options and quite quickly landed on the acanthus as the motive. After the meeting I drew some more thorough sketches with three different suggestions of the closing mechanism. 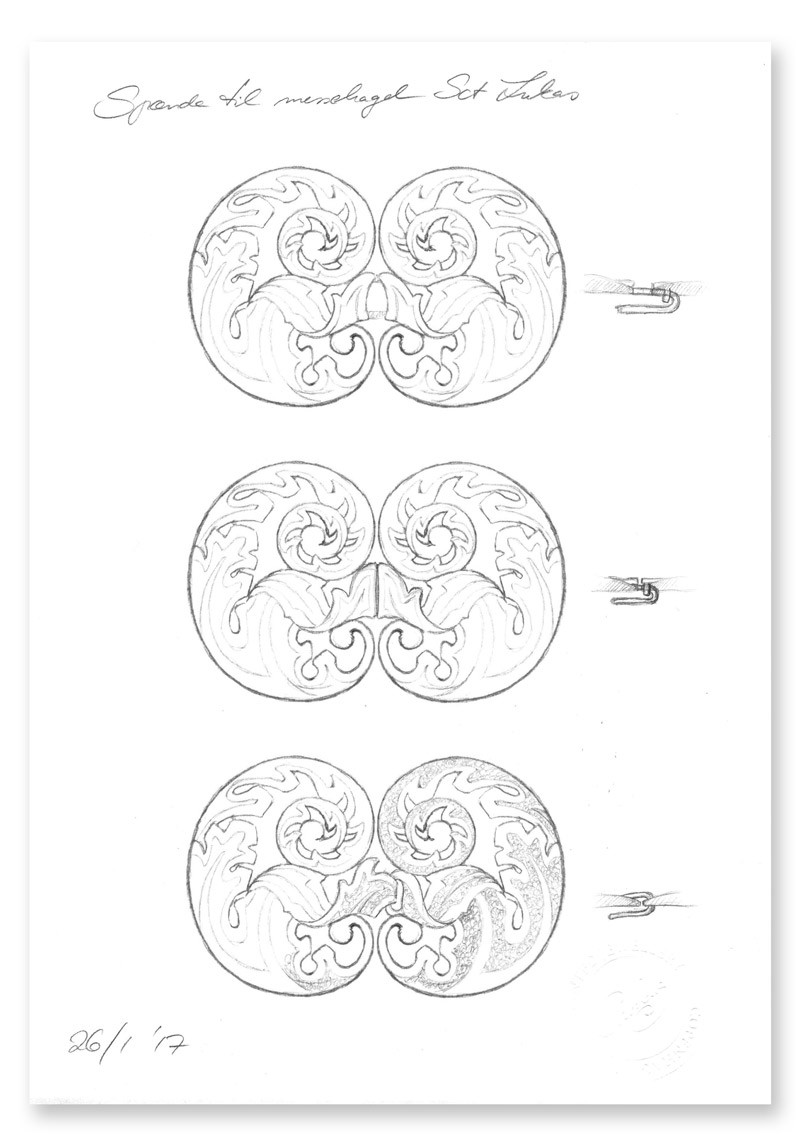 The most beautiful, but also the most difficult version was the one where a part of one leaf stretched over the other shaping a hook. In order to make sure it could work, I made a test version of cardboard. 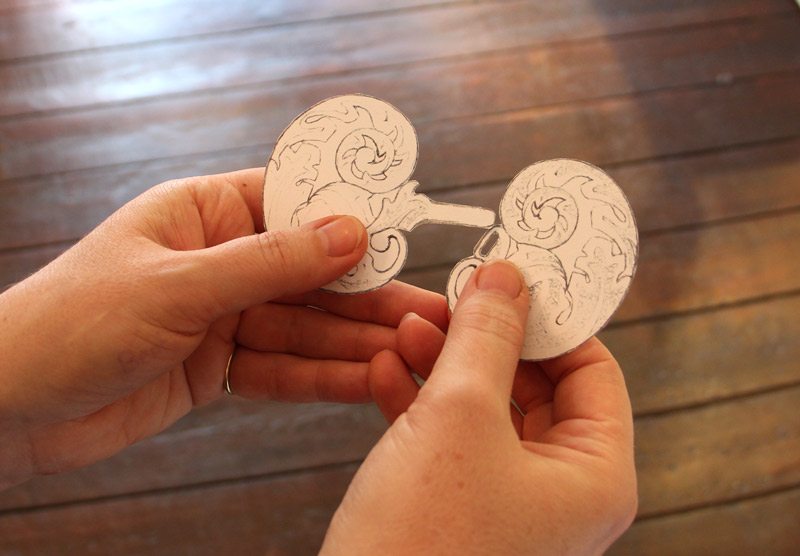 Then I cut the two halves out of a brass plate and domed them with a round wooden hammer. 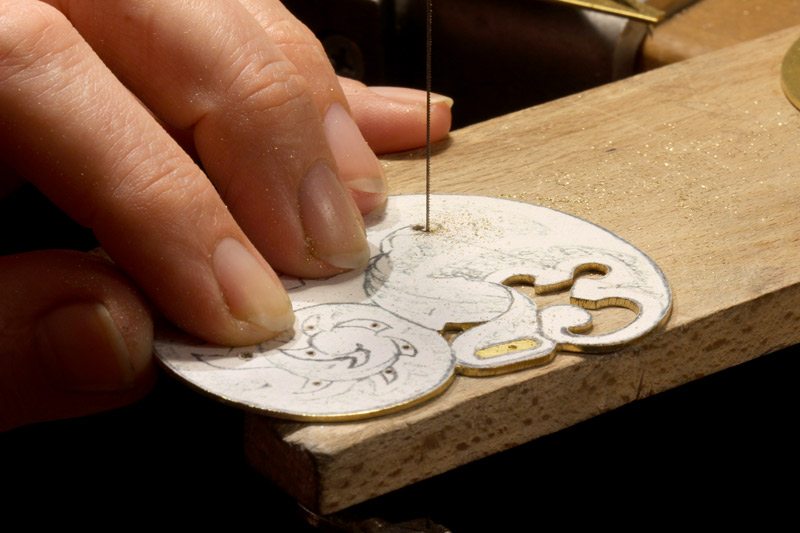 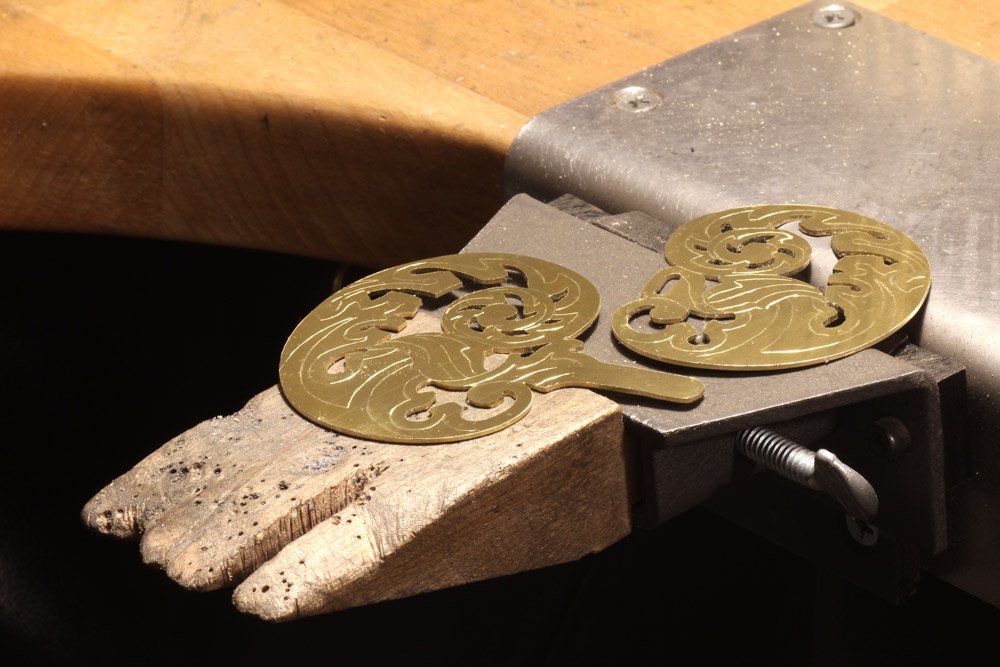 The finishing touch was a carefull engravement, creating rough structures which contrasted nicely with the polished surfaces. 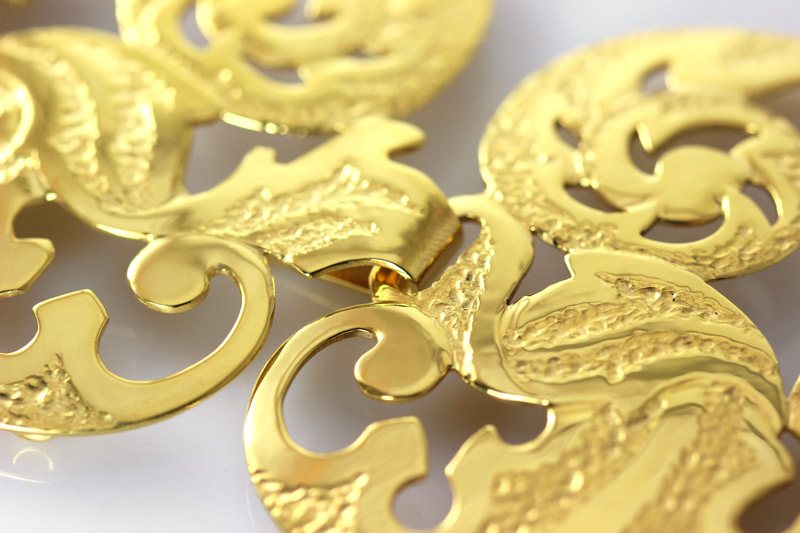 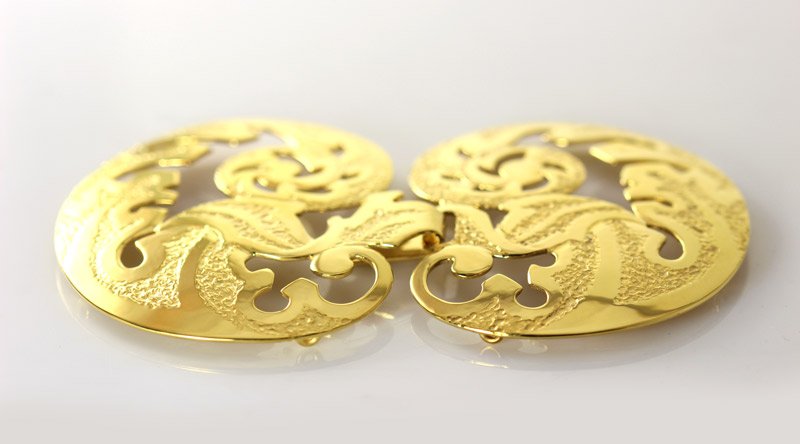 In this way I imitated the nuance differences of the original painted motif, where green colors rather than structures shape the design. A small part of the leaf on the one half extends to the other, and ties them together into a twin form which closes in on itself, seeking support from each other. Small discreet eyelets were soldered onto the back of the buckle, enabling it to be securely attached to the chasuble. As a final touch the buckle was plated with 18k gold. 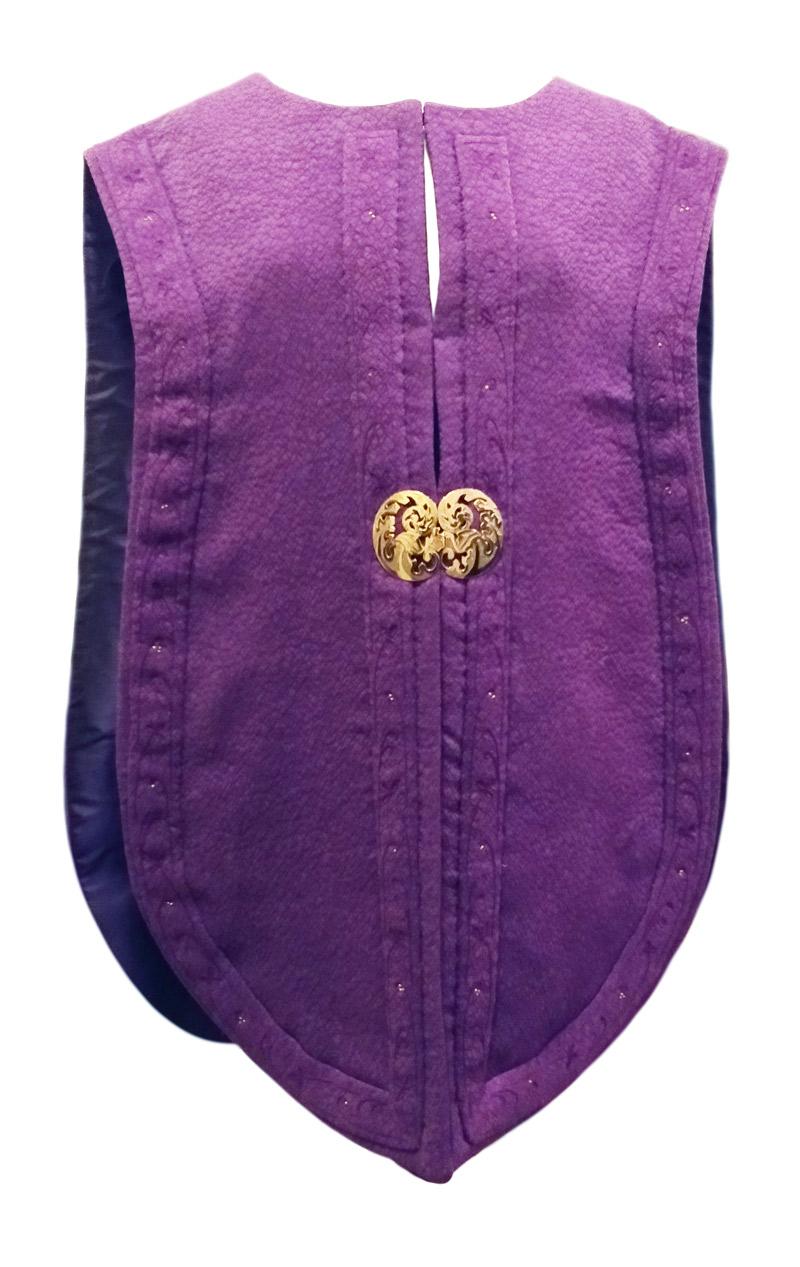 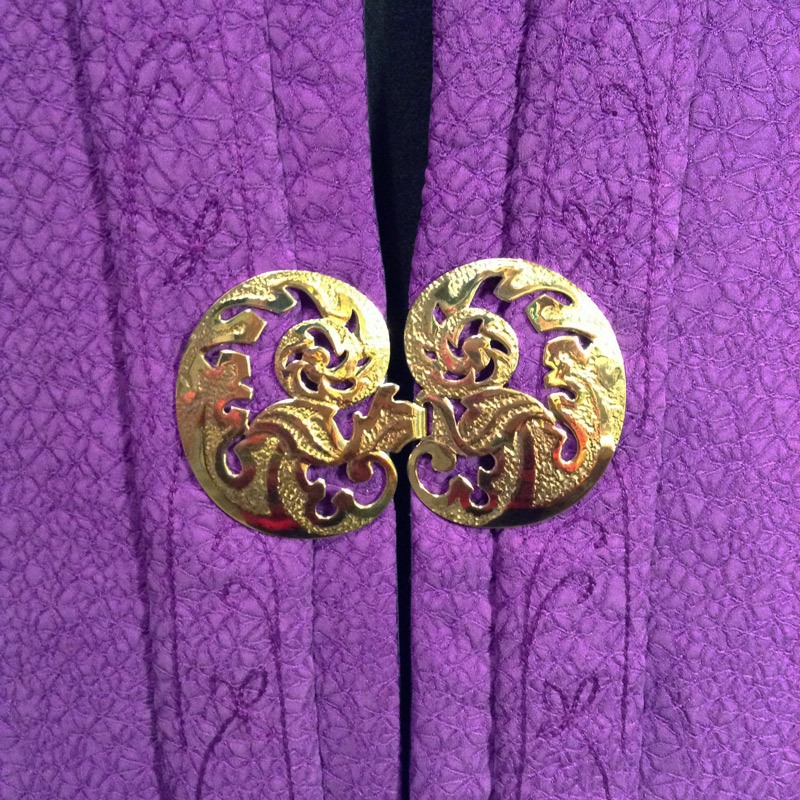 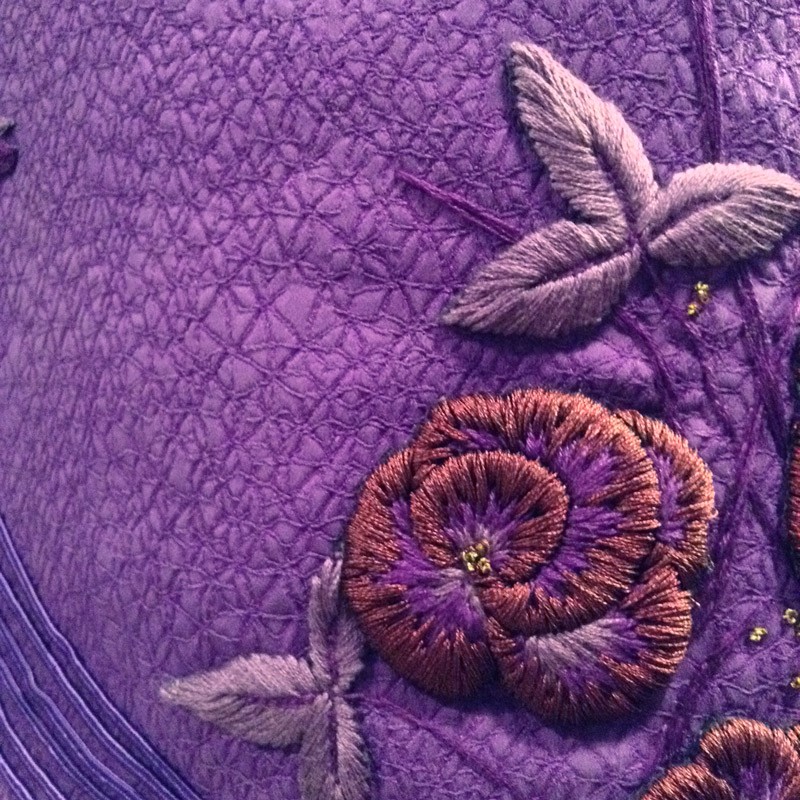 The chasuble was sewn by dressmaker Katherine Ines Pitarch, who owns Dress by Ines. She was at least as focused as I was on getting the details from the floral ornamentations of the church right as I was – and I think she nailed it!

It has been a pleasure to create something as unusual for a goldsmith as a buckle – especially for such an honorable institution as the Danish People's Church. I have approached the task with a fair amount of pride and humbleness because I consider it an honor to be chosen to create something so completely different from the “normal” jewelry which I create on a daily basis in my workshop. This task was surely a memorable one! 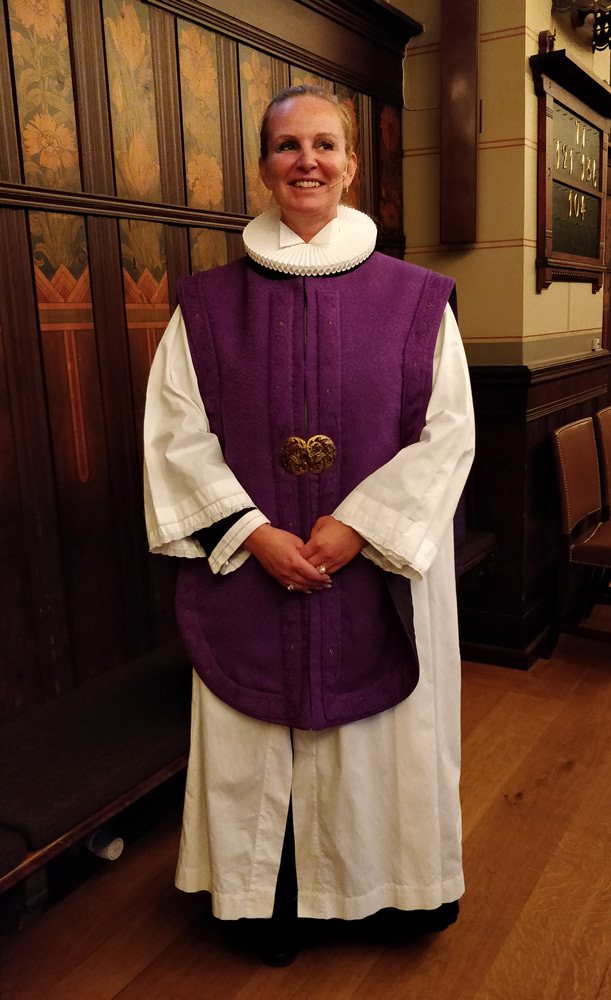