Adorabella is the most ambitious collection by Castens to date and looks nothing like the Nordic minimalism, characteristic of its country of origin

The inspiration came from one of the leading luxury brands a lot more south than Denmark: Piaget from Switzerland. I was fascinated by how the outer pavé set lines of a leaf was held together by its delicate membranes and wanted to work with that basic idea. Obviously my leaf doesn’t look anything like the original inspiration and developed into a much more sinuous and art nouveau inspired direction. 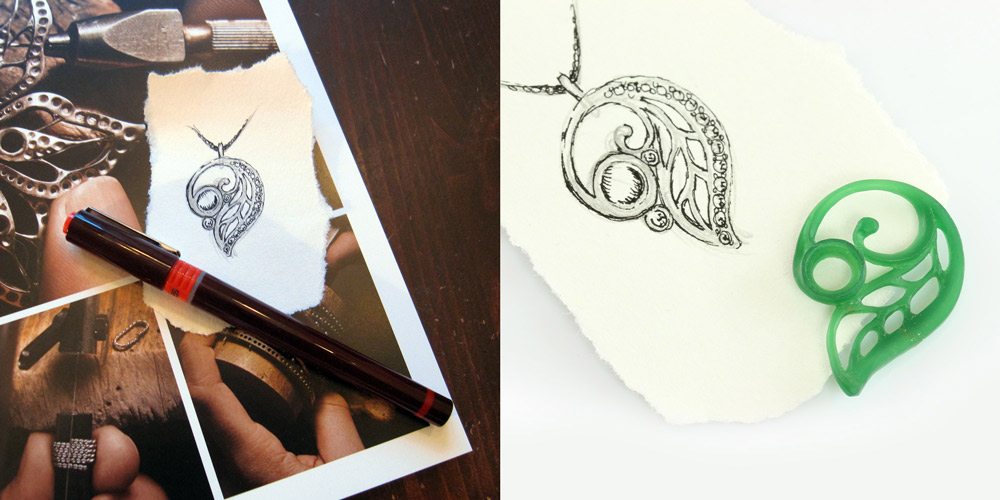 The very first sketch and its physical manifestation was so inspiring, that I decided to do a full collection – AND I wanted to crown it with a tiara. Not that I had an order for something as luxurious as this, but because I could. Blessings of being a jeweler! And so I went back to the drawing process, combining the two elements I had created by now and designed a third element to bring them all together: The grand centerpiece. 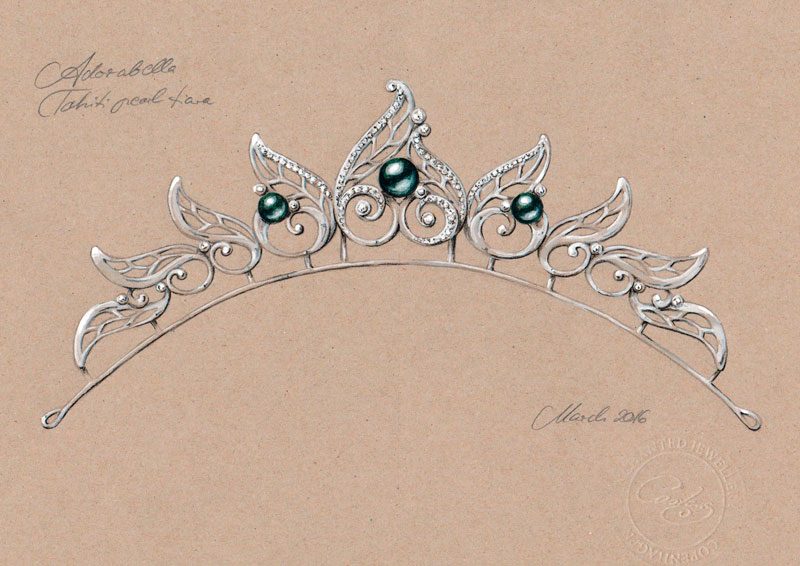 The center piece of the tiara took 5 hours alone to cut from was and was a true labour of love. There is something amazingly satisfying in sensing the shape within a mute block of wax and then slowly coaxing it out with tiny and very sharp knives. 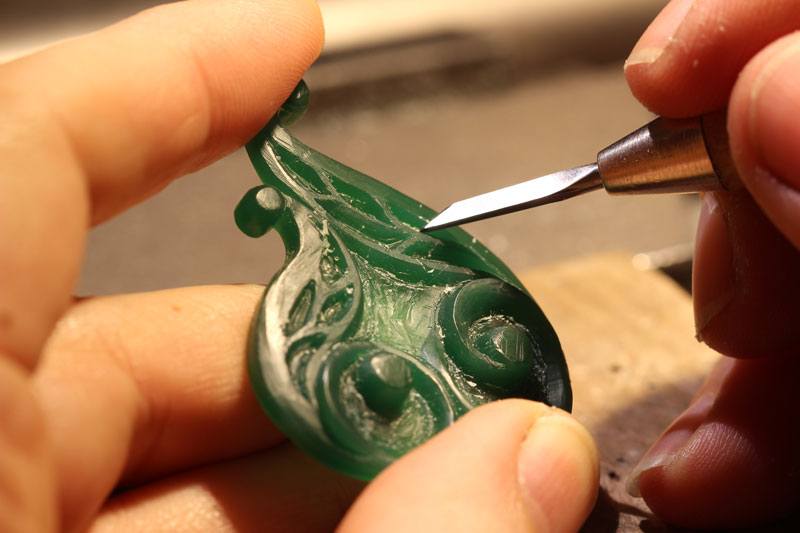 This element would look lovely as a brooch too – perhaps turned upside down and with some sort of pendant to it, worn the way HRH Crown Princess Mary wears some of her brooches symmetrically under the bust.

Every single element of the collection has been carved in wax by me and then cast in silver. This leaves a fairly crude shape (there is a limit as to how delicately you can cut an airy design like this in wax before it breaks), which then needs refinement. This takes almost as long time as actually cutting the shape and in some cases I have removed up to 1/3 of the metal before I was satisfied with the flow of the lines and the lightness of the design 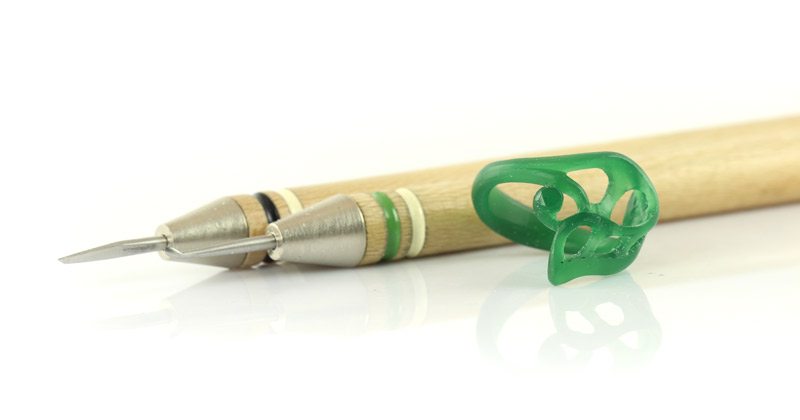 When all elements were ready, I ended up working with the final shape of the tiara once again, shifting the various parts around before I was satisfied and settled on a slightly altered build. 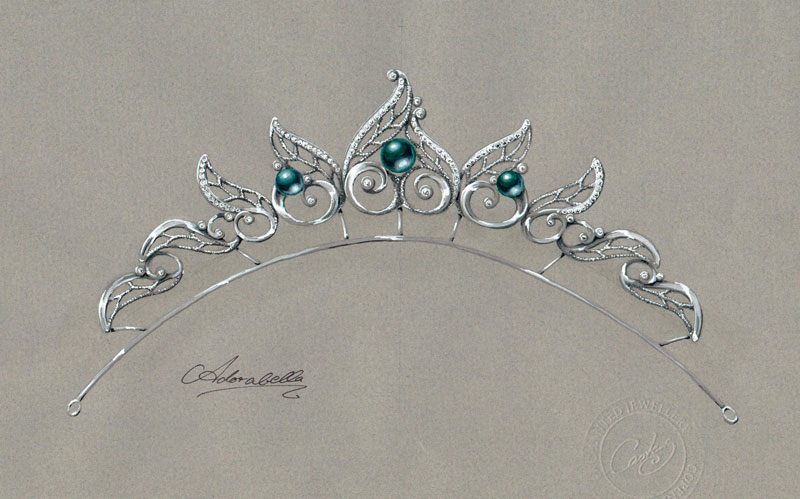 The big, technical challenge was, that I wanted the tiara to be versatile. When you pay the equivalent of a decent car for it, you want to be able to wear it for more occasions than royal banquets or your own wedding. And so I decided to create it in a way which enables the owner to remove it from its frame and mount it on a chain to be worn as a collier. A true heirloom! 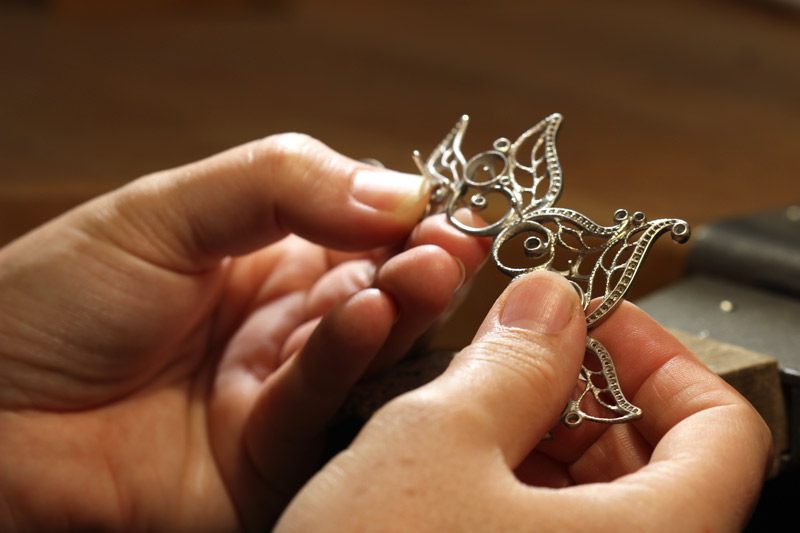 That of cause demanded much more of the tiara, because the individual pieces had to be able to move independently, thus providing some flexibility. I had toyed with just linking the pieces to each other with visible links, but had long ago decided, that I preferred the various parts of the tiara to overlap like feathers or scales. This design choice enabled me to incorporate links in a discrete way behind the leaves.

The end result was truly spectacular and absolutely fit for royalty. 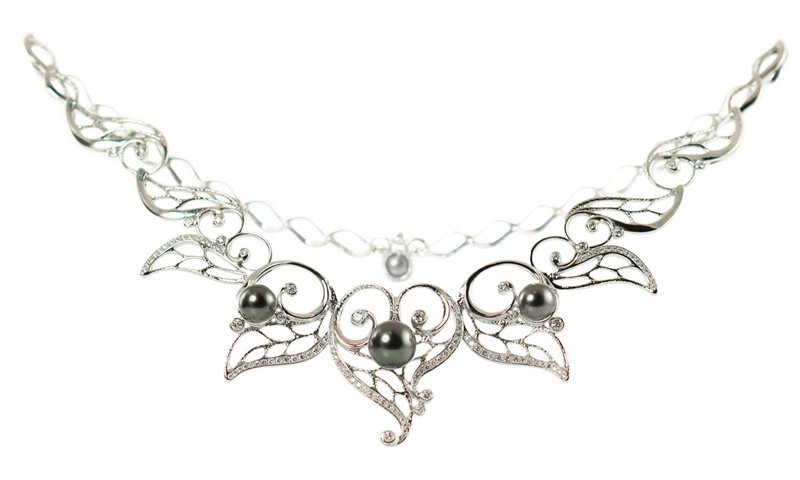 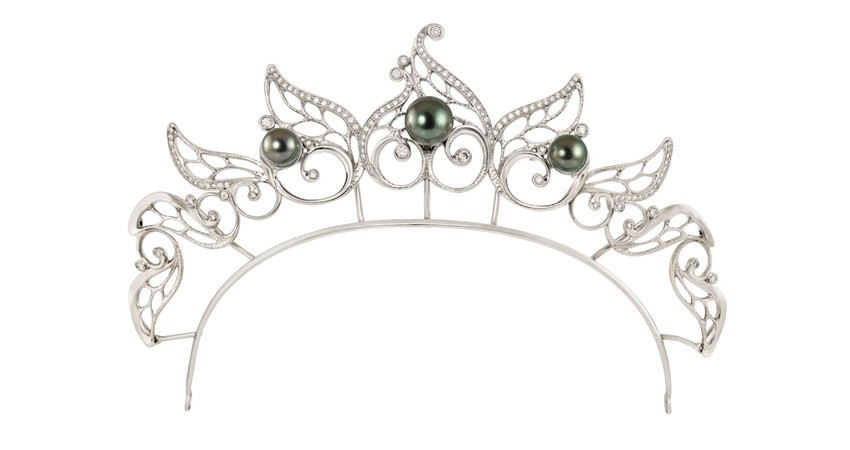 The collection also allows for less royal or well-endowed women to wear a piece of this splendor in a number of different ways, due to the fact that is has been created in both a diaman-encrusted white gold version as well as a silver version with substantially fewer diamonds.

The collection consists of more or less sumptuous pendants worn in a delicate chain, a small collier, two types of rings and three different sorts of earrings. Perhaps it will grow with the above mentioned brooch or a bracelet made of the elements of the small studs. And perhaps I will experiment with using yellow gold or colored gems. As for now, I have allowed for one variation: The large earrings also come with white pearls, because they are so beautiful on a bride who doesn’t want to wear the dark Tahiti pearls for her wedding. 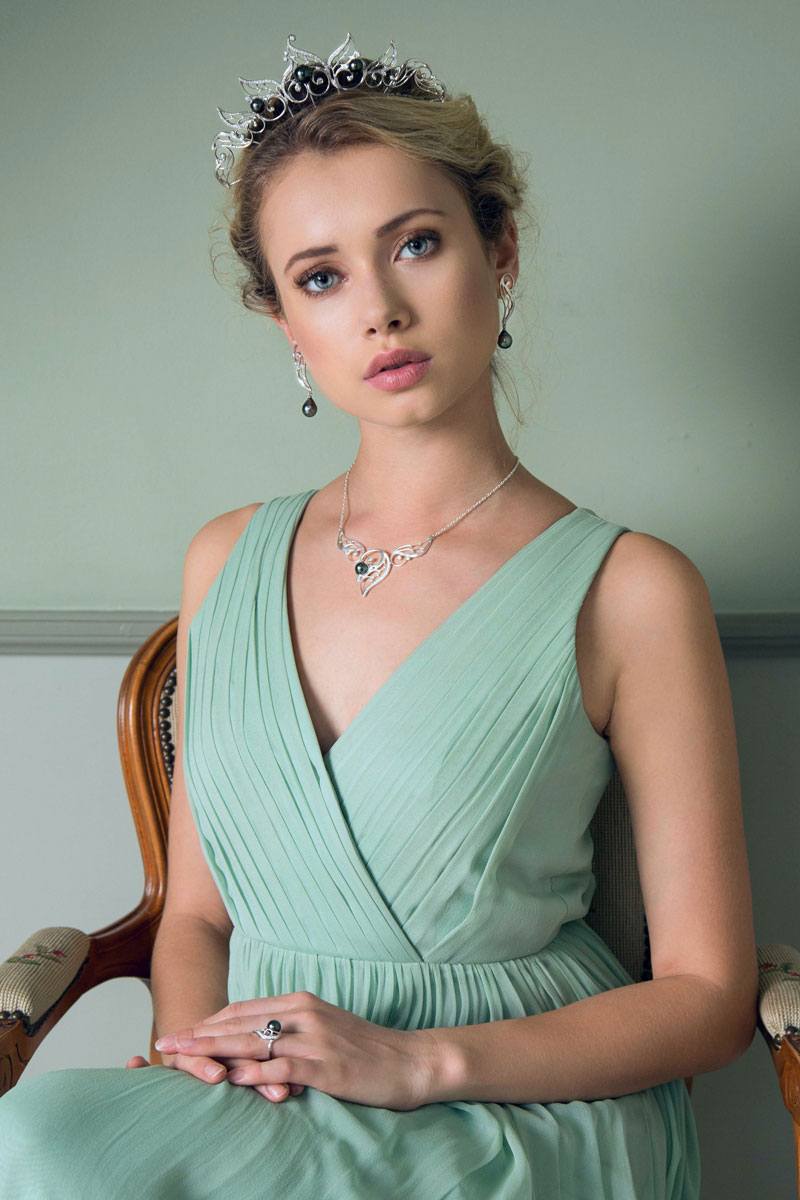 Greenery – Pantone colour of the year in jewellery

What’s not to like about this juicy green colour which depicts the green leafs of a deciduous forest in spring?…